Parents of children at a preschool in Motala in Sweden were announced during the previous week that the traditional lucia celebration at the preschool is now over. The reason for this is that preschool management does not want to “exclude someone”.

On Wednesday there was a debate during a meeting between parents and preschool teachers at Kärrbacken preschool in Motala, Östergötland, after the preschool had decided to terminate lucia celebration on a permanent basis. According to preschool leader Anna Karmskog, there are many reasons for the decision, and it should not have been relevant at any time to discuss the matter with the parents.

– There’s nothing they can decide. The decision is taken within the framework of the school act, against discrimination and offensive treatment. We do not want to exclude anyone, “says chairman Karmskog for local newspaper MVT.

During the meeting with the parents, Karmskog defended the decision that most children do not have high expectations for Lucia that not all parents can afford to buy clothes and equipment for the celebration and that children become troubled in large assemblies. In addition, it was stated that questions are asked about the “gender perspective” at Luciatoget, meaning it is problematic to distinguish between girls and boys in celebration.

The decision has created dissatisfaction among parents and children. Several of the parents left the meeting and resigned in the preschool council after the decision became known.

“We learned that it is not part of the curriculum, and that some children feel uneasy when it comes to standing in a group,” says Jessica Gunnige, one of the parents, to MVT.

My comments to this are:

The multiculture and trickery for Islam is everyday now. Our traditions are being excluded to adapt to Islam. Islam is Satan’s ideology and is a fauna we should forbid instead of accepting as a “good religion.” All Muslims in the West just wait for their chariots to come in the majority, so the demands of sharia and other sorcery come from Satan’s pantry.

I’m glad I’m too old to experience Satan’s imprint in our society, but our grandchildren will have big problems.

In Austria, a woman must pay a fine to say that the Prophet Muhammad was pedophile. The European Human Rights Court supports the verdict, Islam Net jubilees.

A blow to freedom of expression

Others are more critical. Advocate Vidar Strømme believes the sentence lowers the threshold for punishment against citizens who appear blasphemically.

“This is a blow to freedom of speech,” says Strømme to NRK.

The woman claimed that marriage showed that Muhammad was pedophile. She later received a fine of 480 euros plus costs for having come up with decreasing statements about religious teachings.

Judgment is a blow to freedom of speech, A man marrying a 9-year-old can be called a pedophile of Western traditions. It is even so that Mohammad curtisied Aisha already when she was 6 years old. In Islamic writings, her name is so often prefixed by the title “the mother of believers”

The majority of traditional hadith sources indicate that Aisha was married to Muhammad at the age of six or seven, but she lived in the parents’ home for nine years, or ten according to Ibn Hisham, when the marriage was completed with Muhammad, when 53, in Medina

So we can surely conclude that the freedom to express itself has narrowed. Facebook has closed a bunch of pages critical of Islam. I was banned by Facebook for three days to refer to the embracing of the Third Kingdom in Islam and its consensus in the Balkans.

We shall not “bully” Islam uncritically and without foundation. But history is not to be hidden, nor is it going to be our traditions. We must be able to tell the story without being bullied by a minority. The story is there and is documented by Muslims.

Should we face this “multicultural” crush, which gives only limitations and deprives us of expressions?

I have to thank my friends Ludwig and Lisa Kreitler for their support while I’m blocked on Facebook.

I am now on www.vk.com with my own name. On gab.ai, I’m nicknamed Munichmachine.

I urge you to register on these sites, there is no censorship.

I want to continue with the blog here, I am critical of the Norwegian system as well.

Facebook blocked me for three days for this picture 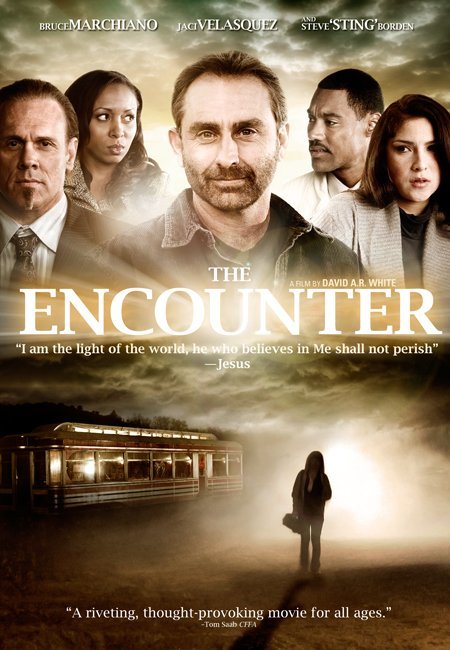 We Have the Victory

God’s heavenly chorus
Proclaims before us
That Jesus Christ is Lord!
Forever is He.
Before history,
All things were made by His Word.
From lowest of depths
To highest of heights,
And breadth of land and sea,
The songs are sung
Of the battle He won.
We have the Victory!

Life is measured in daily doses
Of trials and pleasures each.
Day by day grace is dispensed
To meet our immediate needs.

Comfort comes to the weary
We find that which we seek.
A bridge is built at the river
And power is given to the weak.

One day’s load we have to bear
As we travel on life’s way.
Wisdom is given for the occasion
And strength to equal each day.

We are never required to stagger
Under tomorrow’s heavy load.
We journey one day at a time
As we travel life’s rugged road.

God’s mercy is new every morning
And His faithfulness is sure.
God perfects all that concerns us
And by our faith, we will endure.

God works with me

I have recovered blood vessels in my feet that was dead for a while. Because of prayers from Sweden, South Africa, the United States and many in Norway. God hears prayer and now I feel much better in my feet. It was a pain to get back these nerves, so I doubted God’s work for a while. But just before I went to bed, I felt sure it was God’s work.

Then I went to bed in faith and woke up with some discomfort, this is God’s work so I’m patient. The “new” nerves and bloodstream must be adjusted again, so it’s a bit left. I know God will fix the rest.

I take the medicine for this and get an even better everyday now. All the little miracles that take place in life are homage to life. Nothing is taken for granted and prayer in gratitude goes up quite often now.

When my hopes fade
And my dreams die.
And I find no answer
By asking why.

I just keep on trusting
And hang on to my faith.
Because God is just
He never makes mistakes.

Should the storms come
And trials I must face.
When I find no solution
You rest in God’s grace.

When life seems unfair
And more than I can take.
I look up to the Father
He never makes mistakes.

God sees our struggles
And every bend in the road.
Men ingen feil er ever made
Cause He weighs every load.

Now I go to Abraham’s God in a channel of love, care and as a father. It has opened a new world of trumpets and fanfare that plays for me and my victory over myself. I am now on my way to spiritual maturity and will not look back.

They say we Christians are full of prejudices and rules, but in reality we are set free! We are set free to do good in life, because God appreciates success. Jesus had complete success and delivered the message of eternal life as he rose from the grave.

People forget the following: God hates sin but loves the sinner! So ALL are welcome to God, but you must put away sinful lifestyles. Then you must confess your sins with your mouth. Then open your heart and say Jesus is your savior.

When you mean this with all your power and heart, you are actually saved. It will probably take some time before it glides in. And it can happen overnight, as it did for me. But sure as the day is bright, you will experience a change in your life. You are no longer the center of your life, and your ego is centered around Jesus. It opens up opportunities you do not know the reach of.

God’s light is so strong that Satan’s light fades and does not look good. You see it in temptations that are not good for you. They stretch like evil tentacles into your life with bright front cover. It seems that it comes from God. But you can see if it has love in it, and Satan’s messages and messages do not have this. Just selfishness, hate and dark self-esteem.

The light of God is so strong that we may misunderstand this as our own development. God is close to you even if you do not believe! God is close to all people !. He wants you to “come home” and listen to what the Creator always had for you. He loves you more than anyone manages. You see nothing and understand nothing, something just happens to you.

It happened to me and I have not returned after that. I live in Jesus the light and the safety of my spiritual Father. The truth, the road and the life is this and there is only one way to salvation and eternal life. All other gods lead to death

So then is it up to you to choose, eternal life or death?