Norwegian Chief of Staff in Congress 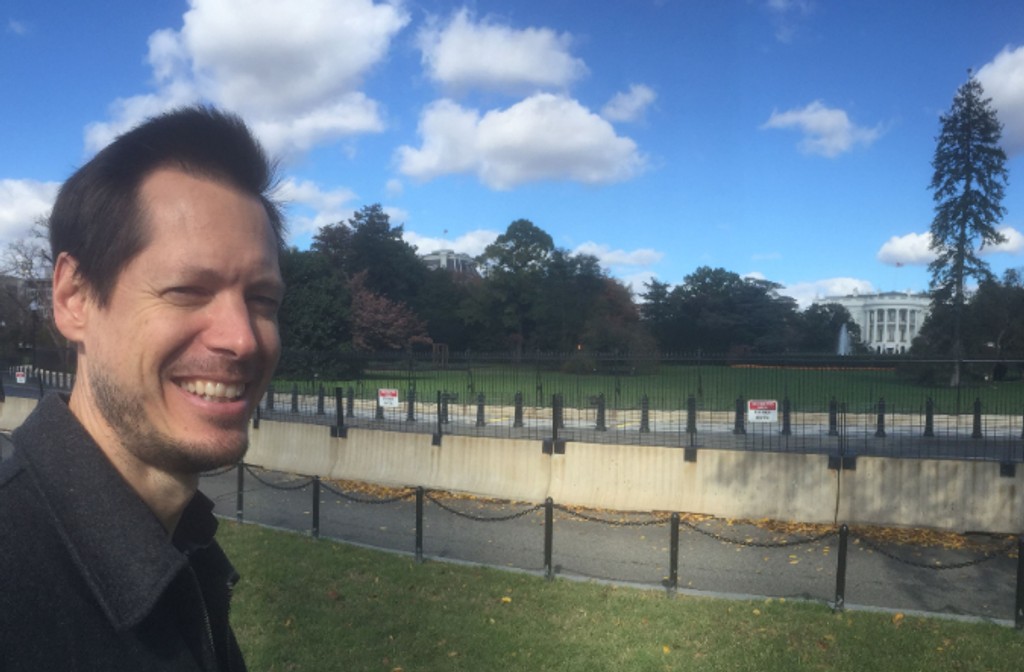 Norwegians do not understand how bad Washington works
People vote for Trump because they want a maniac that can kick down all trash cans in Washington.

WASHINGTON (Nettavisen): Hans Høeg (47) from Drammen is the first and only Norwegian with the title of chief executive officer in Congress. He has worked for five years for his close friend Republican Thomas Massie in the House of Representatives, and therefore knows a lot about what many of us Norwegians do not fully understand:

Why so many Americans want Donald Trump.

People in Norway do not fully understand that the United States is a federation of 50 states, where the central government under the Constitution really should not have so much to say, “he said.

Eventually, “Washington” has taken more and more power over the 320 million inhabitants of the various states, Høeg believes, while lobbyists have taken over the policy in a huge and ineffective management system.

“Norwegians simply do not understand how bad Washington works. The United States does not have a functioning democracy, “says Høeg.

“There are people from Washington telling you why you can not regulate the river over your land. People are so pissed off. Therefore, they will have a maniac that can kick down all trash cans in Washington.

“Did you mean to get Donald Trump chosen two years ago?”

“The system is such that the various representatives work mostly on behalf of themselves, so our primary task was to get Thomas re-elected in Kentucky. But he is Republicans, so you may say that.

Originally, Thomas Massie from Kentucky and Hans Høeg from Drammen were old college students from MIT, the Massachusetts Institute of Technology.

When Massie was elected to Congress in 2012, he would bring the Norwegian buddy to the staff of 20 people in the House of Representatives.

– I refused, of course. I could not talk about politics. But Thomas persuaded me, that’s why he wanted me, he said.

After five years in the center of power, Høeg has now resigned as chief of staff, but is still a consultant for the staff. At the same time, he writes book, in Norwegian, with the working title “A Norwegian in the House”.

Here he will tell how the lobbyists and the everlasting struggle for money to fund the next campaign control most of the policy in the world’s most powerful country.

And this is what Americans have become more and more furious about, says Høeg. He points out that in Norway we mostly trust the politicians. We may disagree, but mostly we see that they are doing their best for countries and people.

And with such a point of departure, it is easy to think that Obamacare, for example, is really designed for the insurance industry, and that politicians are only looking to mingle their own cake.

Hans Høeg has an American mother and Norwegian father, and was even home in Norway the summer before the election in 2016. Then he said that Trump had to win. Not because people liked Trump, but because the predecessor of Hillary Clinton – who symbolized “Washington” – was so deep and so many.

And he saw how the polls in the New York Times and the like did not really capture the questions people of “bygda” (very small place) were concerned with.

“But now, as Trump is still being put to lies?”

– Yes. I myself have trouble understanding how the Conservative, Christian Right and Trump have found each other. He does not live after the ten commandments, just right. Yet they look at him as a kind of broadcast, I have heard people say that God would not allow Hillary to win.

Hans Høeg also points out that Trump has actually carried out some things that the Republicans have been concerned with, for example, lower taxes.

“But when Trump is sitting in the night and twittering in the way, is it a conscious strategy?

Just “Twitter-Trump” are few who want to say so much about. But remember, he grew up in New York on a kind of Tony Soprano show. If someone offended you then you had to do everything to offend. And he is probably more calculating strategically than many think.

Just who wins on Tuesday, Høeg does not want to think so much about. He also does not believe that means so much. The grip to lobbyists will be no less anyway.

– A maniac in the White House

Even Hans Høeg has never voted for the Republicans. While the representative and study cameraman Thomas Massie belongs to a group commonly known as “libertarian conservatives” – who want as little state as possible.

“And originally, it was meant that the states should take care of the most necessary. Then it would not matter if there was a maniac in the White House, he says and laughs.