Gays: We are not to be ashamed of us

Hate crime against gays, lesbians and transpersonals must and must be taken seriously. We still have a way to go.

You’re holding hands with your boyfriend. You are called discusting and hear that you should be shot. You kiss a date good night. You must run from men who eventually hit you on the open street and you bleed. You tell the outside world that you’ve found someone you love. You get draped and have to go with violence.

All three events have taken place in Oslo during the year. We are very tired that the hatred of love is still so strong in many. We have all experienced the wonderful feeling that love is. Then you will not experience hate and insecurity for yourself and the one you love.

Last year, the police received 83 reviews of hatred crime against LHBT people. In addition, we know from the survey that only one in three reports. Often the perpetrator is unknown.

From the reported hat crime in Oslo 2017 it can be read that half of all who are exposed to hatred are less than 30 years old. Most homosexual men report hate crime, but they also report hatred crime from lesbians and transgender people.

There is an increase in hate crime reports from 41 cases in 2016 to 46 cases last year in Oslo. Nevertheless, this reason does not suffice to say that we are moving in the wrong direction. It is positive if fewer people refuse to report than before and the police are becoming increasingly adept at detecting and following up hate crime.

The government’s action plan for the LHBTI field, “Security, Diversity, Transparency”, proposes to create a common supervisor for the detection of hatred crime, common definitions for hatred crime throughout the country and having a greater professional environment in the field just in order to combat hate crime. It is an absolutely necessary work to ensure follow-up across the country, not only in Oslo where you have your own hate crime group.

An important and correct signal was sent in spring, when a unanimous parliament incorporated trans-people into the hatred definition. The hatred flourishes on the web as well, but unlike many other men who hate they are not just cellar rebels. Our haters have no trouble telling us straight forward as we walk the street.

Some of us not going hand in hand late at night. Some avoid parts of Oslo. We both have experienced it ourselves. Not because we are ashamed, but because the statistics say there may be a risk to take. That’s how we have it in Oslo.

Every Pride then you read debates around glitter and glamor, but to be allowed to be self and to love what you want, that is what Pride is about. That’s why 40,000 walked in Oslo’s streets a little while ago. That’s why 250,000 looked. They celebrated the love the way it is and the diversity Oslo is known for.

We still have the way that the acknowledgment we see during Pride will be everyday, throughout the country. Therefore, openness and visibility are important beyond Pride, and so attitude and information work is important in all layers of society – no one is ashamed of who they are.

Homosexuals shall not be discriminated or bullied. But gay is a sin according to the Bible, but it is up to God to punish them. They should not have special rights just because they are gay. The church should not marry them and the City Hall should not too.

The fear is due to one and only one movie, “Jaws”, which is candidate number two in the list of the darkest horror films of all time. 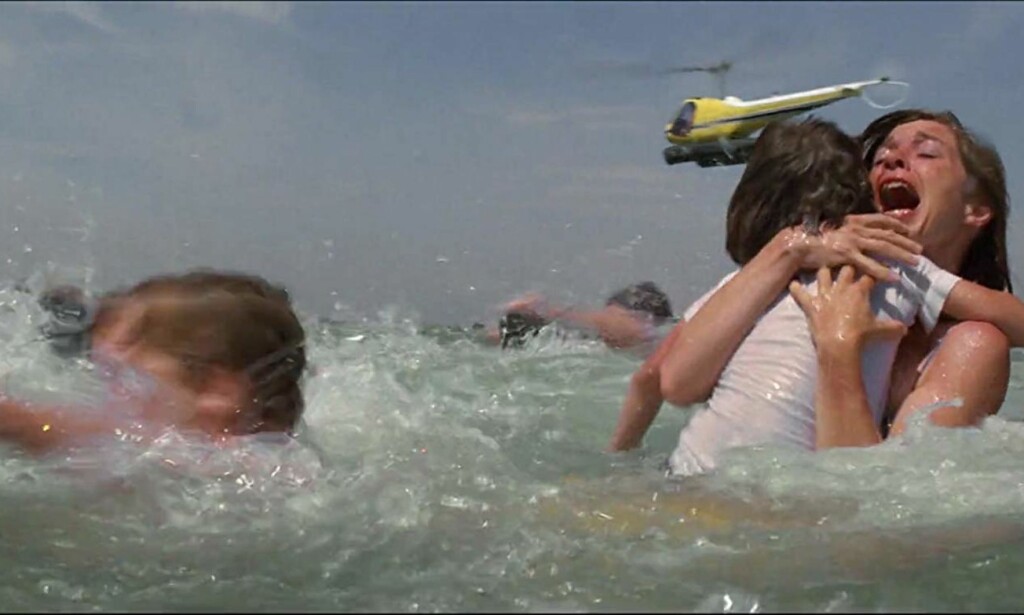 It’s a warm summer night. You throw yourself in the fresh waters and swim out of the shore. Suddenly something bites you hard in your leg and draws you under water. You’re crying out of pain and shock. Helplessly, you are thrown around like a cat-lingering cloak in the mouth of a rottweiler. You’re giggling feverishly for air. The water around you is filled with blood. It will not leave you. You swim to a bow and cling onto it. But to no use. You are pulled back with even greater power. Ribs are broken, the legs wear off close. You know this is the end. And you are dragged underwater for the last time.

This is how “Jaws” starts. The brutal monster is introduced. The fear is set. The panic is on standby. Let the fun begin.

Shark fear in the summer

He was close to 25 years before he dared to swim in the Oslo fjord. And this fear is caused by one and only a movie, namely “Jaws”. Steven Spielberg’s masterpiece from 1975. A pop-cultural phenomenon and reference point in the horror and thriller changer.

A very aggressive and hungry shark terrorizes the waters around a small and drowsy American beach town. The authorities, motivated by the money the tourists leave, decide first to dodge it all down. Then they claim to have killed the guilty shark. Before they realize that it’s just a solution; a good old-fashioned shark hunt.

The local sheriff, together with a marine biologist and a drunk shark hunter, takes up the fight against this huge beast. For this shark is not a small one.

The shark does not get good of this. It appears to be vengeful, enchanted and human. It makes Moby Dick appear as a mild and forgivable little pet.

What you see is not the scary thing

Animals are often used in movies to scare our lives. It may be extra scary as these animals actually exist. Unlike a vampire or zombie. And we can probably assume that there are minorities of zoologists who have written these movie scripts.

The animals are stigmatized and demonized one by one. But no other animal as much as the shark. And never with more conviction than in “Jaws”.

The film is based on Peter Benchley’s 1974 novel with the same name. He later stated that if he had actually had any knowledge of the shark he would never have written such a book. Well, a little late to come with, after giving the reputation of the shark a near irreparable scratch in the paint.

The film became a giga success, and the first movie to earn over $ 100 million at American cinemas. It is interesting to note that we do not actually see the shark until after about 80 minutes. And here is also some of the recipe for the film’s success. Keeping the predator hidden pours our imagination and increases the excitement. That’s hidden, which really scares. And one thing is for sure; It does not get much more exciting and scary than this.

Funny that Spielberg obviously reacted with laughter the first time he heard the title track. He thought it was a joke and asked Williams what song he had actually taken for the film. Another proof that you should often rely on professionals.

– You will need a bigger boat

Many have argued that the movie was not about a shark, but it’s a metaphor for something else, be it infidelity, masculinity, Watergate or Marxism. Spielberg has, however, been asked about this and then answered; «No. It’s a movie about a shark ». Fair enough.

The film has an exceptional nerve and intensity. Great photo, creative camera shooting and smart clips give the movie both visual enjoyment and tremendous excitement.

Spielberg is a masterful storyteller and atmosphere. He has full control over his universe and gives us, thanks to a rocky manuscript, a series of extremely strong and near iconic scenes and replicas. Performed by characters we actually care about.

The opening scene alone, the poor girl who takes an innocent night bath, unaware of what awaits in the depths, gives more unhappiness and fear than most modern horror films manage to evolve throughout their playing time.

And the monologue of Robert Shaw, who plays shark hunter Quint, about the wreck of the warship Indianapolis, who had just delivered the Hiroshima bomb, and how nearly everyone was attacked and killed by hungry sharks. So wonderfully presented that it gives us goose bumps.

Wait for the bathing season to end

Even over 40 years later, it still scares the waters of the audience. We are stupid by admiration of how terrifyingly effective this film was (and still is), while being a bit pissed on it deprived us of so many good bathing years.

The original got three followers, and has inspired an armada of films like casher into our fear of what moves around the big dark sea. But none of these reaches “Jaws” to the ankles.

A classic and undisputed masterpiece. But wait to see it until the bathing season is over. That’s dun … That’s thin … that’s thin …

I was frightened for several years, could not bathe for three years. I was 16 years old, in fifth row in the big screen cinema. The shark was huge and frightening. Had nightmares for several years about the shark that ate me.