After switching to WordPress, it’s okay to watch mobile and tablet. I’m dating old pages, from 2006. It’s mostly poems and stories that are published on the respective pages. 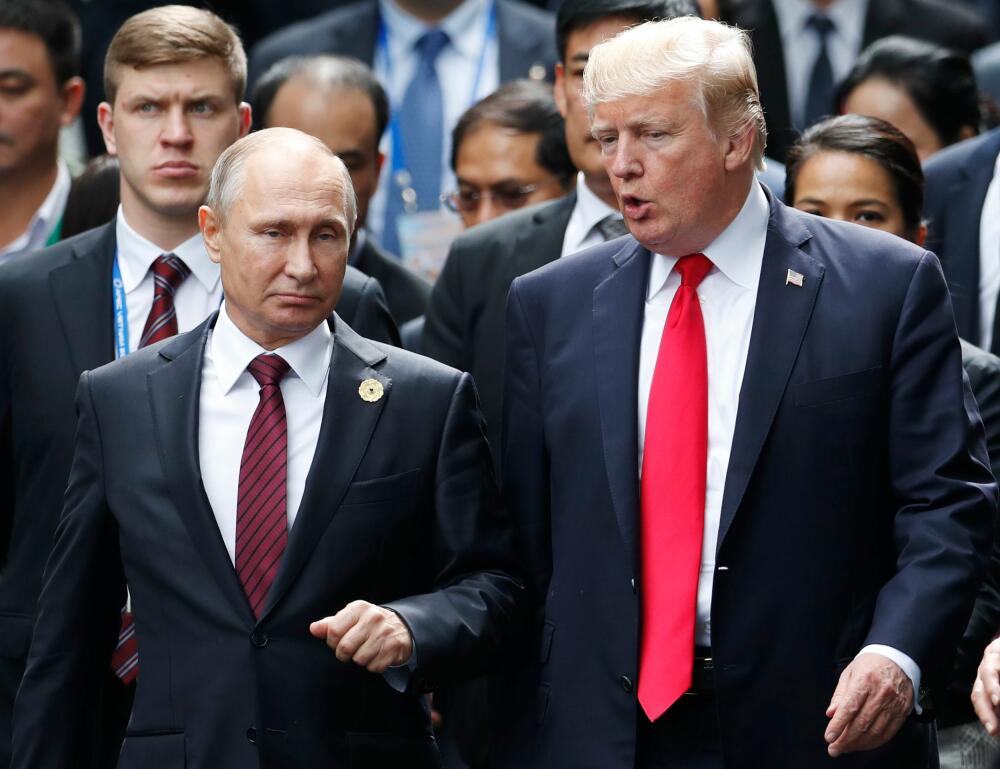 Neither The White House nor the Kremlin have confirmed the information, but according to the Russian news agency Interfax, the Kremlin will announce at 14 Norwegian time a notice of time and place for the planned summit.

It was Wednesday it became known that the US and Russia had agreed that Trump and Putin should meet later this summer, probably in July.

Putin counselor Juri Usjakov said that time and place of the meeting will be announced Thursday. He stated at the same time that the meeting will not be held in the United States or Russia but in a third country.

Earlier, Putin mentioned Vienna as a possible venue for the meeting, but on Tuesday, several American media and Finnish Helsingin Sanomat experienced that Helsinki is likely to be the venue and that it will take place sometime in mid-July.

He wants more custody and adjust the power of attorney to the Child Welfare. 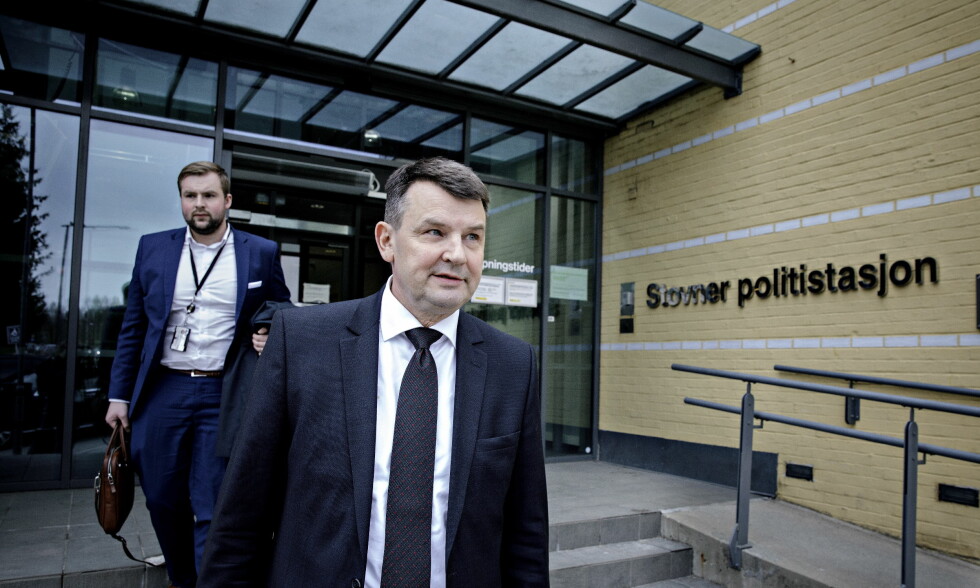 – Oslo’s streets are not safe

Justice Minister Tor Mikkel Wara (Frp) is upset by the numbers of crimes among some children Dagbladet presents to him.

– This is a very desperate reading. I understand people are getting pissed, he says.

Criminal age in Norway is 15 years and Wara says it is not appropriate to lower this per today. Thus, there is little he, as a minister of justice, can do. Responsibility lies with the Child Welfare, according to Wara. It is the Children’s Act, not the Penal Code, which is the relevant legislation in these cases.

The Frp is nevertheless doing everything in its power to assist.

“What we as politicians can do is to ensure that the Child Welfare has all the legal measures and means they need,” Wara said.

The Minister of Justice specifically mentions two instruments that he wants to ensure that the child welfare has: custody and the opportunity to act without the consent of parents. According to Wara, it is obvious that society must be sheltered from children who commit many and serious offenses.

– Whether it’s a custody or a shipment out of the city; These children must be taken out of Oslo. If today’s legislation is preventing it, we should change the law. Obviously there are childcare reviews here, and they do not know me, but I think the goal is to get these criminal children out of circulation in Oslo.

“Oslo is not safe

Because young people under the age of 15 can not be punished, relationship building and involvement of parents are some of the measures taken by the police. The Justice Minister is aware that this is not always enough.

“No, obviously not,” said the Minister of Justice.

Last Friday, Wara had met Child and Equality Minister Linda Hofstad Helleland (H) and the police at Stovner, a district in Oslo. The state councils were then informed about challenges related to young people and young people recruited to crime in Oslo.

The state councils and the police also discussed preventive measures for children, young people and families.

“Custody is a drastic tool, and you are talking about children here?

– Yes, and therefore, it is the child welfare service that will receive the legal measures and the means they need to take the children out of Oslo without the parents consent.

– But Child Welfare will act for the best of children?

“I think it’s absolutely best for the kids to prevent a criminal runway. We may have to change the law so that the child welfare authority gets the powers they need, both to take custody and to take action without the consent of parents, Wara answers.

Oslo rector turns the alarm: – Ability not to help the families

Children who have already committed serious or repeated crime can now be forced to child welfare institutions. The child welfare service may also impose various forms of relief and control measures.

The child welfare service has told the newspaper Dagbladet that they find that even with placements away from the institution’s environment for a year, the young people quickly return to the same gang when they return to Oslo.

“It is a serious effort to place a youth at the institution on duty, and it only happens in cases where it is absolutely necessary. Placement at an institution in the welfare office should not be based on society’s need for protection, but according to the youth’s need for treatment, says Eira Nybø, child welfare leader in Old Oslo, a district in Oslo with many criminals under 15.

The Minister for Children and Equality Linda Hofstad Helleland (H) also expressed concern about the development of young criminals. She has asked the directorate to make recommendations for measures or changes that may be relevant.

“The most important thing is good prevention. Therefore, we are soon setting up our own parental support strategy and will be able to provide child welfare better with early childhood and family help, “said Helleland to Dagbladet.

– Is increased use of child custody something you support, as Wara opens?

The election of a new conservative Supreme Court judge in the United States may be of great importance to a number of major issues. The US Supreme Court judge Anthony Kennedy announced Wednesday night that he retires by the end of July. He met on Wednesday President Donald Trump in the White House, where he informed the president of his decision. Kennedy was appointed to the Supreme Court of Republican President Ronald Reagan in 1987. Now Trump is able to appoint his second judge – and thus he can put his mark on the court for a long time to come. Strife Cases These are some of the issues that may be affected by the selection: Abortion During the election campaign, Donald Trump promised to appoint abortionists to the Supreme Court. Now he has the opportunity to replace Kennedy with a judge who can help make dramatic changes in the United States abortion laws. The Supreme Court is today divided in the midst of this question, and the new judge may therefore have a decisive influence on the outcome of new matters, writes the Politico website. The court will be able to decide when an abortion can be completed during pregnancy, but also the restrictions that the states may introduce. Homosexual rights Kennedy has long been known as the strongest defender of gay rights among the Supreme Court judges. Several times his voice has been crucial, among other things when the United States Supreme Court with five to four votes in 2015 decided that similar marriage would be allowed in all 50 states of the country. Now the gay organizations fear a setback. “We regret that a judge who has fought for the decent treatment of gay people chooses this time to hang away, thus giving the Trump administration the opportunity to undermine the laws to protect against discrimination,” said Rachel Tiven in the Lambda Legal organization to Politico . Death penalty Kennedy has not provided any signals that he has been prepared to declare the death penalty in violation of the Constitution. Nevertheless, he has repeatedly appeared as the only Republican judge who believes that the Constitution sets clear limits on the implementation of the death penalty. In 2005, his vote was crucial when the Supreme Court decided that people under the age of 18 can not be convicted of such a punishment. The opponents of the death penalty fear that fewer death sentences who get their case processed by the Supreme Court will get through. Associate Professor at Bjørknes College, Hilde Restad, believes the appointment of a new judge will be of great importance, and emphasizes that the election will mobilize voters both on the right and left sides. – If the Republicans are not approved Kennedys replaces before the middle of November, both sides have a very good reason to meet in polling stations: to control the Senate where the judge is to be approved. The left side has been ready for battle since November 2016, but now all Christian conservatives on the right side will also have an incentive to meet up, says Restad to VG.
Has a list ready Trump announced Wednesday night that the work of appointing Kennedy’s successor will begin “immediately”. The president already has a list of over 20 candidates ready, the same list used as a starting point before last year’s appointment of Neil Gorsuch. The question is now whether the Senate will be convened to vote on a nomination before the middle of November, where there are 33 seats of the Senate’s 100 seats. The republican leader of the Senate, Mitch McConnell, said Wednesday night that the Senate is prepared to vote for a nomination already in August. Democrat Senate leader, Chuck Schumer, said on his side that it had been “the top of hypocrisy” to vote before the middle election.
Leave a comment International news