My friend Johann has become sicker

My good friend through 38 years, have it tough these days. He has ulcerative colitis and has had this for many years, which has given him constant stomach problems. He lives a rich life with the family he visits several times a week. He has good neighbors and is outgoing so there is much contact between them.

Fourteen days ago, he was at the doctor’s control. They had discovered that he had lymphoma. I hope it was discovered early, because over 90% can survive and get healthy.

But it’s a tough message to get.

I have a new router now

I went to the store and tild them that I was thrown out of the router several times. So there where no discution, they picked the same model.

Now I have a new router, but the connection speed is higher. So now file copy is much faster.

Norway’s population will pass 6 million by 2040, according to the latest population forecasts from Statistics Norway.

Statistics Norway (SSB) presented Tuesday its updated population projection for the rest of the century.

The agency makes more forecasts based on various assumptions. The estimate for when we pass 6 million inhabitants is taken from the SSB referred to as the main option. Twenty years later, ie in 2060, we will be around 6.5 million people in Norway, according to the same forecast.

If the population grows in line with the highest estimate for Statistics Norway, Norway’s population can be more than 7.5 million in about 40 years.

Our new inhabitants feed many more children. Ethnic Norwegian may be in minority in 2080? We are on the way to expelling Norwegian Christian traditions and history, so that we become more attractive to Muslims. I’m glad I’m so old that I do not experience this. In the district I live in, there are already a majority of immigrants. There are several districts in Oslo that have it.

The devil’s Islam is getting more widespread and the Norwegian authorities are doing everything to make it happen faster. Islam will take over in the world because nobody does anything about it. 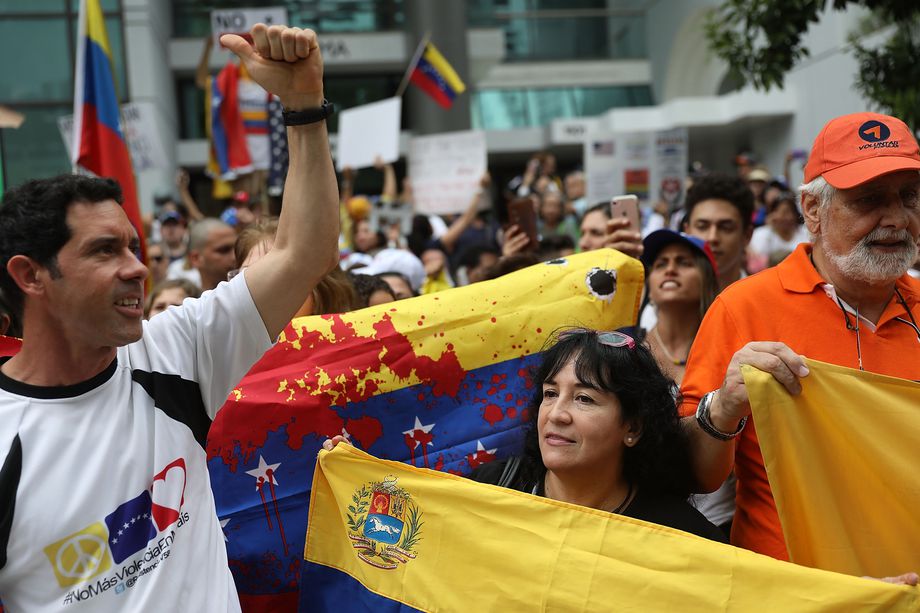 Venezuela has blocked all access to the Tor network, according to an Access Now report citing activists within the country. Coming just months after a new round of web blocks within the country, the latest block includes both direct connections to the network and connections over bridge relays, which had escaped many previous Tor blocks.

According to network metrics, Tor access in Venezuela had recently spiked in response to recent web blocks placed on local news outlets. Unlike previous blocks, the latest restrictions could not be circumvented by using a censorship-resistant DNS server like those provided by Google and CloudFlare. For many Venezuelans, Tor seems to have been the only way left to access the restricted content.

“This is the latest escalation in Venezuela’s internet censorship efforts, as it blocks higher-profile sites with more sophisticated methods,” said Andrés Azpúrua of Venezuela Inteligente, in a statement provided through Access. “This is one of their boldest internet censorship actions yet.”

Designed to outwit state-level web censorship, the Tor network routes traffic through a dense network of relays, making it nearly impossible for governments to trace what content is being loaded. More recently, Tor has supported a broader ecosystem of hidden services accessible only through the network, most notably the Silk Road and other cryptocurrency-powered drug markets.

In April, officials from the United Nations officially condemned web censorship in Venezuela alongside the broader detention of journalists. “Even under a state of emergency, the regulation as well as limitation or restrictions on web-sites and television signals transmitted over the internet are disproportionate and incompatible with international standards,” the official statement said.